Steve Kehela is an American actor and voice-artist, best known for his roles as extra characters in Evolution, Frost/Nixon, Angels & Demons, and How the Grinch Stole Christmas.

His film credits include The Crazysitter (co-starring Ed Begley, Jr., Sean Whalen, and Christopher Darga), Sgt. Bilko (working with Richard Herd), Edtv (in which he and Googy Gress play reporters), Nutty Professor II: The Klumps (with Nikki Cox and Charles Napier), Dr. Seuss' How the Grinch Stole Christmas (which, like Edtv, also featured Clint Howard), Evolution (with Gregory Itzin, Sarah Silverman, and Jennifer Savidge), and the 2005 remakes Guess Who (also featuring Robert Curtis-Brown) and Fun with Dick and Jane. He was also an announcer and the voice of the monstar form of the Nerdluck Blanko in the 1996 film Space Jam. 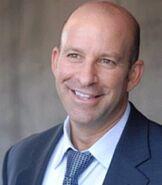