June Melby is an American writer and performer based in Iowa.

June Melby has performed her stories and poetry all over the country, including Bumbershoot, Seattle Poetry Festival, Las Vegas Arts Festival, and in NYC at Bar 13, CBGB's, The Knitting Factory, and the Nuyorican. Museums include UCLA Hammer Museum and the San Diego Museum of the Living Artist. She has also featured in four tours in Europe including the Bristol Poetry Festival, Paddington Poetry Festival, and on stages in Amsterdam, Edinburgh, London, Munich, The Hague, Frankfurt, Hamburg, and Bonn, among others.

Her readings at colleges include the University of Nevada-Reno, Mount San Antonio College, and Chapman College.

June Melby has been published in The Utne Reader, McSweeney’s Internet Tendency, Water~Stone Review, Versal, the LA Weekly, National Lampoon Magazine, and Kaffee.Satz.Lesen, Hamburg, Germany. Her poetry has appeared in many anthologies including Dust Up, and So Luminous the Wildflowers: An Anthology of California Poets. She has three chapbooks including Tub Toys, a collection published both in the U.S. and in Germany.

She received an MFA in 2009 from the University of Iowa Nonfiction Writing Program. Awards include being named Writing Fellow at the Virginia Center for the Creative Arts (2011), International Artist Award and residency from the City of Hamburg Kulturbehorde (Cultural Affairs Department) in 2003. She was the winner of the Children’s Poetry Award at the Edinburgh International Poetry Festival, 2002.

She has hitchhiked alone around Iceland and Tasmania, and once interviewed for a job at the South Pole. 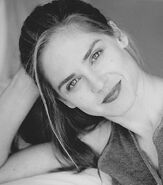 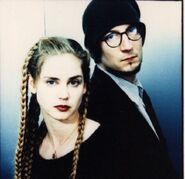