Charity James is an actress, voice-artist, and screenwriter, best known for her roles in Space Jam, Anastasia, Escape from Monkey Island, and Star Wars: Nights of the Old Republic.

The daughter of a radio disk jockey named Ralph James, she learned to play the guitar starting from the age of eight. Her fist acting role was on General Hospital when she was in high school. Her first band, Bad Actor, became popular around this time and it was signed to Metal Blade Records. After starring in animated films, she started another group, Only Child, and won a Billboard Songwriter's Award. She has also done a lot of work in comedy, improvisational and scripted. 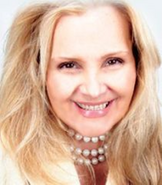